Not long after my husband and I got married, he began traveling a lot for work. He had been my first boyfriend and we had spent 90% of our one year dating relationship apart, as I was overseas doing missions work. We were engaged for 6 months and then got married. I had no idea what co-dependency/relational idolatry was or that it was an issue in my life, and since things moved pretty quickly in our relationship, the real signs didn’t start to show until after marriage.

One of the reasons I had wanted to get married was so that I would have someone to share my life with, to do things with. With my husband gone half the time, my perfect idea of marriage was slowly slipping away. The more he traveled, the angrier I became. And being the peace-keeping, laid back middle child that I was, anger was not a typical emotion for me to display. It was especially hard when he would tell me he was going to be gone a couple days and then half way through the trip call and tell me that things didn’t go as planned and he would have to stay even longer. I had no control over the situation and that made things even worse.

When he was gone, I would make him feel guilty for leaving me alone. When he was home, I bounced back and forth between pushing him away and hoarding him for myself. I wanted to push him away to show him what it felt like to have someone leave you – only I was doing it emotionally. The other half of me wanted him to be with me all the time. As a result of this, I could feel him pulling away from me and that scared me to death. I would get angry if he wanted to go play basketball with the guys. He would ask if it was okay with me if he went and although I would say yes, I would make him feel guilty about it and give him the cold shoulder when he came home. I hated the person that I had become. And the worst part was, no one knew, I kept it hidden for fear of what people would think of me. I would cry myself to sleep every night, either because I was wallowing so much in my own self-pity or because I was so distraught by the emotions that seemed to be taking control of my life. I didn’t know why I was acting the way that I was, so I began to cry out to God. I knew that if things stayed the way they were, I was going to be miserable and would quite possibly ruin my marriage.

By the grace of God, a friend of mine knew a man who was a missionary in South Africa named Wynn Thompson, and invited him to come to our church to do a weekend long seminar addressing sexual addiction, same sex attraction and relational idolatry. As a leader in the church, I decided to go, thinking it would be good to learn so I could help others through their issues. As I sat through the session on relational idolatry, God began to open my eyes. I realized that it was this exact issue that I was struggling with, and just knowing that gave me an enormous sense of relief. I wasn’t crazy, I was co-dependent! And I didn’t have to stay that way.

As I began meeting with friends and confessing what I was going through, God’s healing began. My husband continued to travel for work, and in fact, his trips seemed to get longer and more frequent. This was also by the grace of God. I needed separation from him to find the healing that I needed. Every time he would leave town, I would thank God for the opportunity to look to Jesus to fill my heart with His love and acceptance instead of looking for my husband to fill that void. And every time he left, it got a little bit easier and I found a little more freedom. I will never forget the last long trip he took right before the holidays, when I said goodbye to him and felt like a completely different person. I am so thankful for Restoring Wholeness and the way God used this ministry to bring freedom into my life. 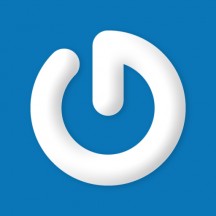